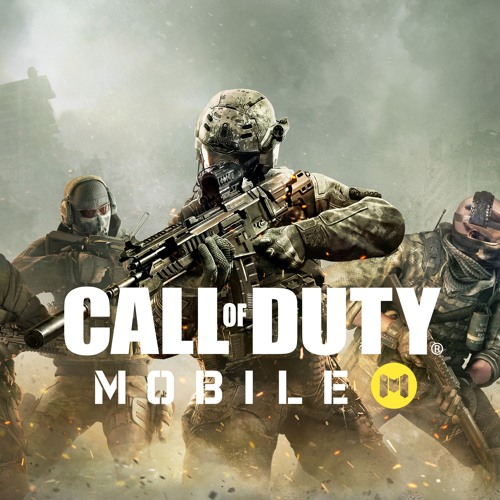 5 Best Shooting Games For Android In 2022

Shooting games are rapidly becoming an important part of the mobile gaming industry and we have seen an increase in this genre’s production as well as demand, hence deeming it sustainable. The tech evolvement is definitely focused on delivering a top-notch mobile gaming experience and shooting games always come on top whenever we talk about it.

So, today we have picked out a few android mobile shooting games that have kept a majority of us hooked for quite some time, now.

Following are the 5 best shooting games so far that are top trending and are gaining above hundred-thousand installs per day. 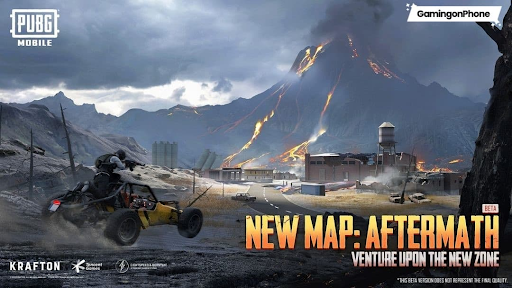 PUBG MOBILE: Aftermath by Level Infinite is a well-known & top-notch shooting game. PUBG has become a franchise in the past couple of years and it keeps developing sub-branches of the original mobile game to make the users happy and of course, retain them. They have intense 10-minutes matches designed especially for mobile devices and there are a lot of tasks for you to fulfill and areas to explore.

PUBG has really redefined mobile gaming standards by providing an epic shooting experience. There are quite a few maps for the users to enjoy and new firearms and guns to master as you combat the enemy! Play with your friends now for an extraordinary ten-minute-long battle.

Critical Strike: Offline Game by Gunfire Game is another action-packed shooting game. It’s a fast-paced multiplayer game in which you can compete with your friends or players from all around the globe. There is quite a number of tasks that you have to perform, all of which are super thrilling might I add, like bomb defusion, team vs team battles, free mode, (kill or be killed) private match with your friends, and even custom match. 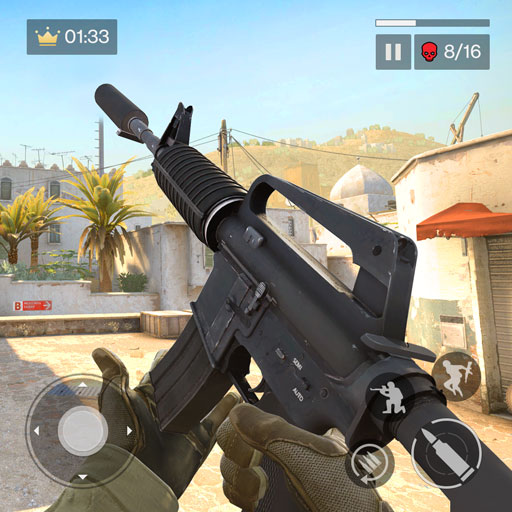 The length of the matches is also not too long, a maximum of five minutes, which is a cool factor. You can either play in multiplayer mode or first-person shooter mode, and it also has tonns of weapons for you to unlock and enjoy. So without waiting waiting any further, fire up your guns and get ready for an epic battle. 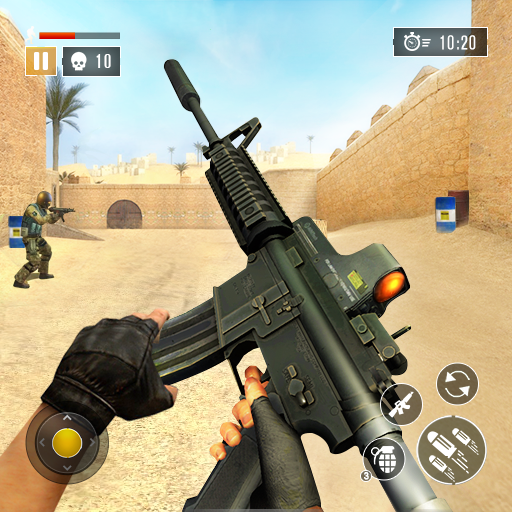 FPS Commando: Secret Mission by Hazel Mobile Games is a shooting game in which you will encounter all terrorists as a specially trained army commando. The addictive gameplay and modern war weapons are an added bonus along with high-quality graphics & sounds. Your task is to eliminate all terrorists. The game includes a variety of deadly weapons shotguns, knife, grenade, fry-pan pistols & assault rifles. You are an expert army commando so take charge and come at the front line to complete the real commando shooting mission.

At each level of success, you will promote to the next level. Play more and earn extra, unlock more powerful guns, survive till end to achieve real victory in action games. Keep track of your health while fighting with terrorists, get health kit and stay alive. Reload your gun timely and get a victory within the time limit to take over the enemies of action games.

Call of Duty: Mobile Season 2  by Activision Publishing Inc. is another free-to-play shooting game buoyed by a Battle Pass system that encourages you to buy in-app currency to spend on a premium battle pass for more rewards or even more cash on cosmetic skins for your character and weapons. The good news is that you don’t need to pay any attention to the in-app purchases to enjoy the game, but they’re there for those who are into this stuff.

Call of Duty has won Game of the Year awards for good reason. It’s a surprisingly complete version of Call of Duty for phones that’s entirely free to play.

With classic multiplayer modes such as Team Deathmatch, Domination, and Kill-Confirmed on iconic maps such as Shipment, Raid, and Standoff, as well as 100 player Battle Royale, this game has it all!

This sniper 3d assassin shoot to kill game was developed by Fun Games For Free to assist to you relax after a long day at school or work. This sniper game app is compatible with iPhone and iPad devices, as well. This is an enthralling game. Players simply have to TILT the device and TAP to shoot. Additionally, you become engaged in both smooth and challenging action in an expedition to stop the bad guys. When it comes to game control, you will be awe-struck by the tilting system.

One of the most supreme characteristics linked to Sniper 3D is its ultra-realistic graphics that makes it very easy to navigate around using strategic tactics that assist in staging an assault upon the bad guys without raising any suspicion.

This game has successfully been able to deliver to you a customized state of the art dozen of real-life weapons and hundreds of different sniper missions.

And this consludes our today’s blog on 5 best shooting games. If you want to kill some time (and enemies, of course) you should definitely check out all of the above mentioned games.